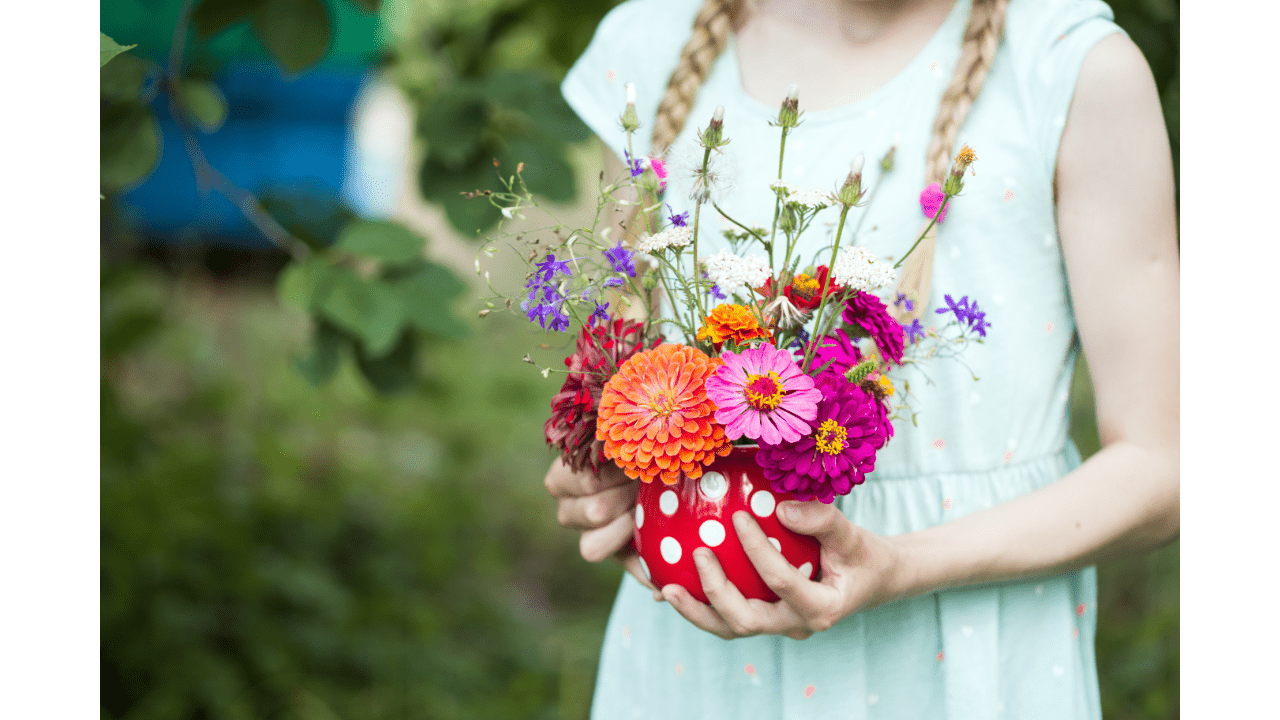 When it comes to flowers, timing is everything. If you want to create beautiful, fresh bouquets that will last for a week or more, you need to know when to cut your flowers.

The best time to cut flowers is in the morning. Cutting a flower early in the day means the stem is well hydrated, and the flower will last longer in the vase. Stems with a single flower should be cut when the flower is fully open. Stems with multiple flowers should be cut when only the bottom buds have opened; the remaining buds will open in the vase.

In this article, you’ll learn the best time of day to cut your fresh flowers. I’ll also offer a few examples of specific popular flowers and when they should be cut, plus some tips to keep them lasting a long time in the vase.

So even if this is your first year growing flowers, read on for all the information you need to create stunning, fresh-picked bouquets!

What time of day is best to cut flowers?

The best time to cut flowers for a fresh bouquet is early in the morning when the plants have spent the last several hours in the cool night air. The flowers will have had the chance to hydrate overnight, which means the flowers and stems will last longer when they’re separated from the plant.

The one time of day you don’t want to cut flowers is around midday when the sun is strongest. At that point, the flowers are under some stress from the heat of the day. They will almost always wilt quickly, lasting a couple of days in the vase, at most.

The benefits of cutting flowers at the right time

Cutting, or harvesting, flowers from your garden at the right time can mean the difference between a bouquet that wilts overnight and one that lasts for a week or more.

Flowers harvested early in the morning, put into a bucket of water, and cared for properly in the vase will last much longer. After all the work you put into growing them, it’s nice to see them last as long as possible in the vase.

The right time to cut flowers refers to the time of day and the development stage of different types of flowers. In short, have the flowers started to open yet, or not?

If you end up harvesting a flower too soon or too late, it won’t last as long as it would if picked at the ideal time. For that reason, be sure to follow the general guidelines for when to harvest certain types of flowers.

Popular Flowers And When They Should Be Cut

There’s a simple guideline to know which stage to pick for each type of flower. Here’s the quick breakdown:

Flowers with clusters of flowers such as yarrow, or spike stems such as snapdragons, should be cut when just a few buds start to open but the rest of the beds are still closed.

For example, on a snapdragon stem, the bottom few beds will have “cracked,” and you can see the petal color coming through. That’s when you want to harvest the stems. The rest of the buds will open in the vase.

Here are other flowers to harvest at this partially open stage:

Stems with a single flower:

Single stem flowers such as zinnias should be fully open when you cut them since they won’t open any further in the vase. Some flowers, such as zinnia, can even be put to the “wiggle test” to know if they’re ready to harvest.

Hold the flower stem a few inches under the flower before you cut it to perform the test. Wiggle the stem back and forth. If the flower flops around, it’s not ready to cut. If the stem is sturdy and the flower moves as one with the stem, you can cut it.

Some other single stem flowers include:

Tips for keeping your cut flowers fresh and long-lasting

Make sure to use clean snips or scissors to cut the stems at harvest, and recut the stems right before you put them in the vase to maximize their ability to take up water. Remove any foliage that will be below the water line in the vase to avoid bacteria growth.

When arranging the flowers in the vase, make sure to layer blooms of different sizes and textures. You can also use different colors and types of flowers to create a beautiful bouquet. Experiment with different combinations until you find the arrangement that you like best.

Now that you know when to cut your flowers, make sure your garden produces a steady flow of blooms all summer long by growing some cut and come again flowers.

Not sure what those are? Check out this article to find out and get growing: Cut and Come Again Flowers: What Are They And Which Should You Grow?

Gardeners grow flowers for many different purposes, from attracting bees and butterflies to growing edible flowers to just enjoying a beautiful landscape. But what if you don’t want to savor your flowers only in the garden, but rather in your home or to give to friends? Well, cut flower gardening might be just the right… 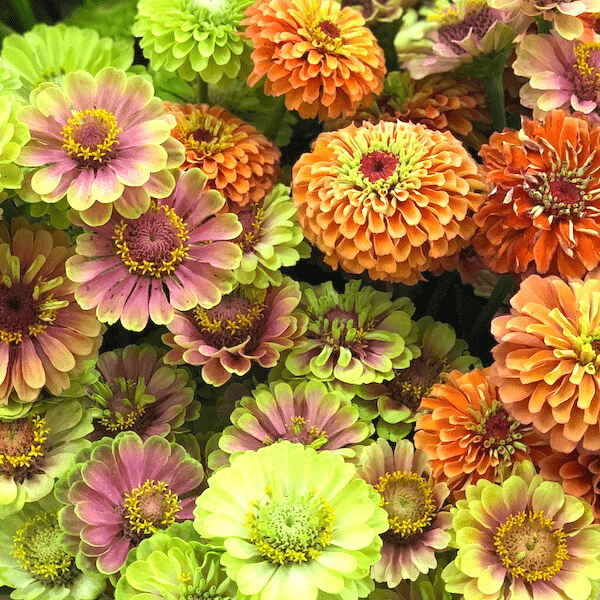 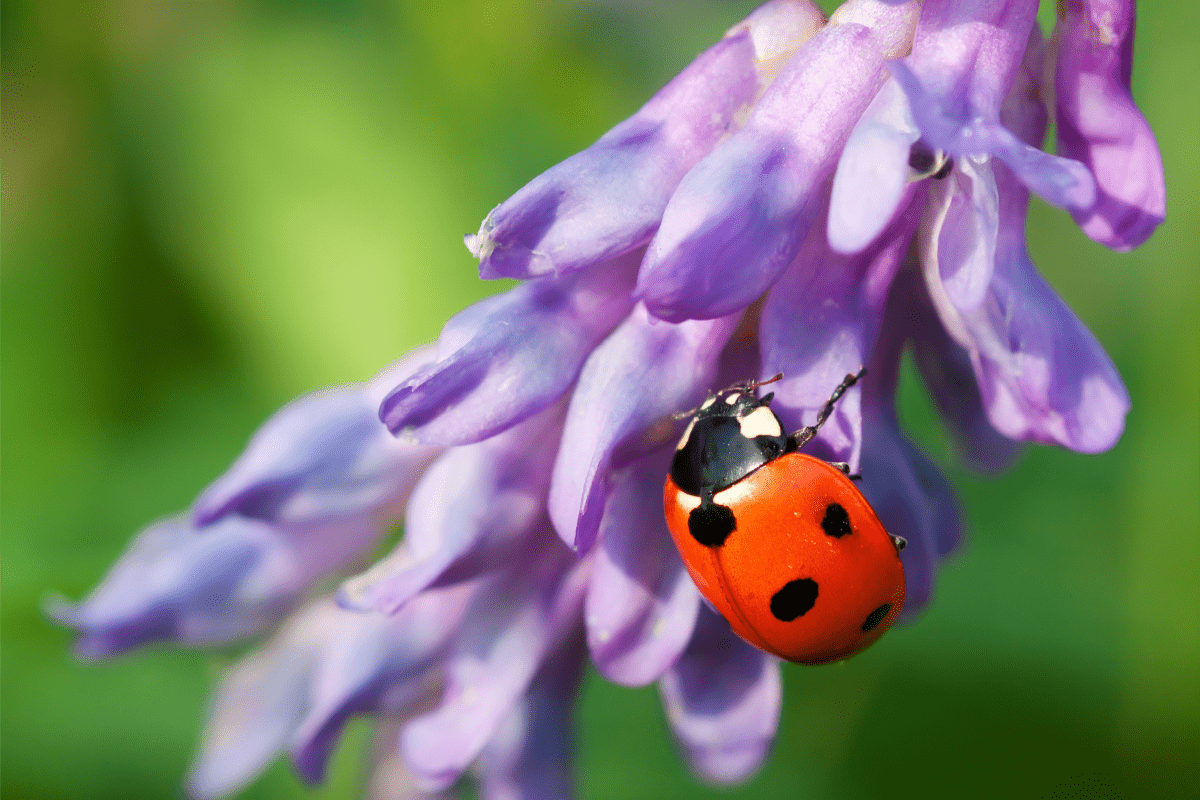 As your garden comes alive for the summer, you’ll likely start to see bees buzzing around your flowers and food crops. These pollinators get all the credit for keeping your garden producing, but did you know that other animals help pollinate flowers too? Bats, birds, butterflies, and insects play a role in pollinating flowers alongside…