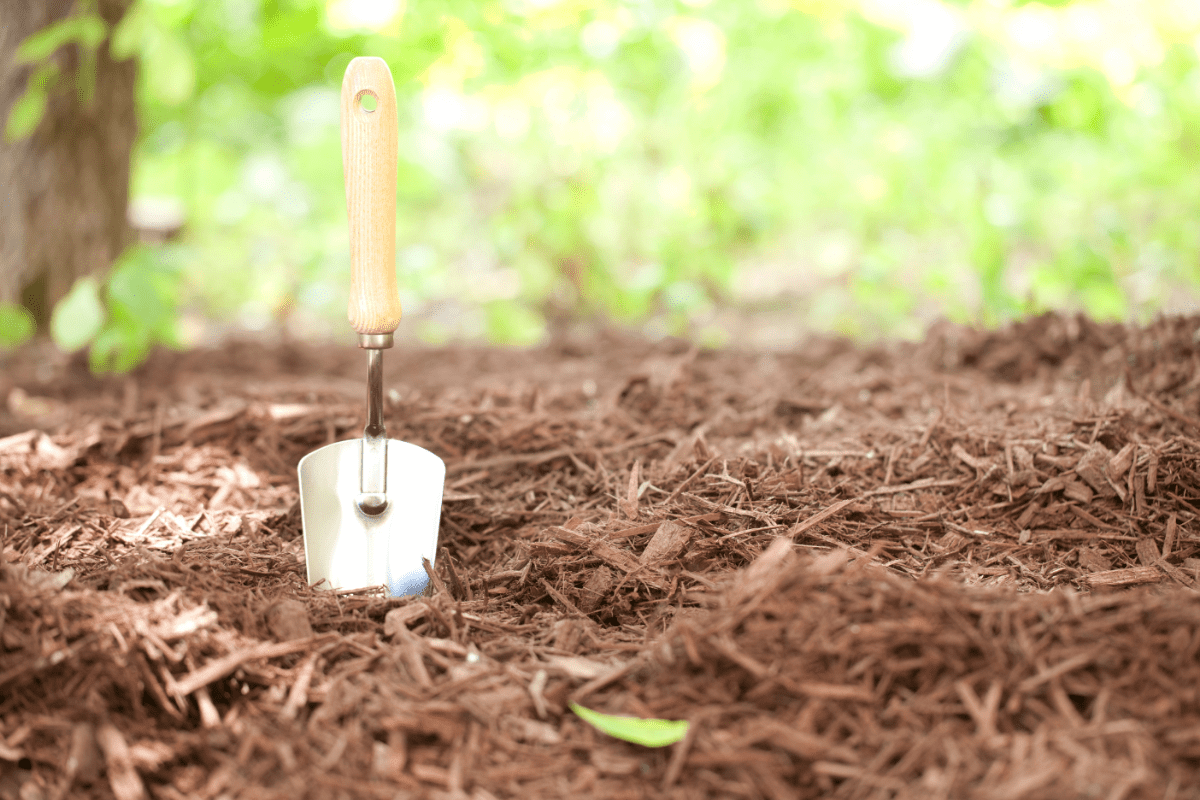 Adding mulch to the garden should be a staple on every gardener’s to-do list. It’s a fantastic way to beat weeds and retain moisture. But, being an organic material, mulch does break down and needs to be replaced over the years. As the mulch decomposes you need to add more to keep an adequate layer on your garden beds.

As you prepare to replenish the mulch in your garden, you might wonder if you should first remove the old much before replacing it with new.

Not quite, so save yourself some work.

There is no need to remove old mulch before adding new. Leave the old mulch in place to continue decomposing, which adds healthy organic matter to the soil. New mulch can be placed directly on top of the old mulch until it is at the desired depth.

In the process of adding new mulch to the garden, you might not have more of the same type of mulch you used before. It’s just fine to mix and match mulch types in order to get enough coverage.

If you aren’t sure what other types of mulch you can use, I’ve got a breakdown of the best organic mulches for your garden, along with some pros and cons of each. Check it out here: Best (Free!) Organic Mulches For The Home Garden.

Leaving old much on the garden bed from year to year will almost always benefit your garden. The exceptions if there seems to be disease in your mulch, but we’ll get to that in a moment.

Healthy mulch contributes to the amount of organic matter in your garden, and organic matter is one of the most important components of soil. Basically, it’s any plant matter that has broken down and composted in place, such as plant leaves, roots, or in this case, mulch.

The organic matter adds nutrients, retains water, and builds fluffy soil that is easy for plant roots to push through. As mulch breaks down over time, it creates more of this beneficial organic matter. If you remove old mulch then you’re missing out on a shortcut to building new, healthy soil.

Leaving old mulch in place also avoids having bare soil in the garden. Bare soil is exposed to all the elements of the weather, from the sun drying out and hardening the surface to the rain washing away precious garden soil and leaching nutrients.

If you aren’t yet ready to place down a new layer of mulch then the old layer is a great placeholder to keep the soil protected.

How can you tell if mulch went bad?

If you start to see mold or fungus growing in your mulch, your first thought might be that it has gone bad and needs to be removed and replaced. Not to worry, though, as both mold and fungus are actually natural parts of the decomposition process.

A common type of mold that develops on organic mulches such as wood chips is called slime mold. It forms in a big bubble on the surface and is orange or yellow-colored. It may look a bit gross, but it isn’t harmful if you touch it accidentally or if it’s touching your plants. In a few days, it will dry out and slowly break down and disappear.

Mushrooms popping up in your mulch are a sure sign of fungus making itself at home in your garden. This, too, is beneficial to the garden as it introduces more plant diversity, nutrient-producing mycelium (sort of like mushroom roots), and more organic matter.

If you want to learn more about fungus and mold in mulch, Penn State has a helpful guide that you can reference.

If you happen to have bags of mulch sitting around, this is one instance where the mulch might have gone bad. If you open the bag and the mulch is slimy or sour or sulfuric smelling, then there is most likely too much moisture trapped inside the bag as the compost decomposes.

This mulch can still be used, but it needs to dry out before you put it on your garden beds to avoid harming your plants. To do so, spread the mulch out in a thin layer on top of a tarp or piece of plastic. This will make it easy to drag over to your garden beds when it’s ready.

Leave the mulch spread out for a few days. If it gets rained on, that’s okay, since it’s more or less rinsing the mulch for you. Let it continue to dry out until it no longer smells sour, then apply it to your garden bed like normal.

When should I add more mulch over the old layer?

Add more mulch to your garden when the current level has broken down or thinned out too much to be effective. If the mulch is too decomposed or too thin a layer, it won’t be efficient at blocking weeds or retaining moisture. Add the new layer over the old one until the mulch is 2-3 inches deep.

Spring: Spring is a great time to add more mulch to the garden. It will help settle in your plants by providing insulation to the new roots, holding in water, and preventing weeds right from the start.

If you have any overwintered plants or if you’ve already done your spring planting, just be sure to leave some space between the mulch and the stems of your plants. You don’t want to snug the mulch right up to the stems because it could lead to rot and holding in too much moisture directly in the root zone.

Leave an inch or two wide circle around each plant and they will be all set.

Fall: Another great time to add mulch is in the fall. This can be a particularly good time to reapply mulch if you’re using leaves as your material. With the abundance of leaves falling you’ll have a virtually limitless amount of mulch.

If you have access to more leaves than you currently need, try storing some in plastic garbage bags for spring application. Just make sure the leaves are not wet when you bag them or they will likely start to rot and get slimy over the winter.

They can also get compacted by sticking together. When you dump the clumped leaves onto your garden beds it can prevent water from penetrating through to the soil. Save yourself the headache and make sure the leaves are dry before you store them.

There are more garden chores along with replenishing your mulch that will keep your garden healthy and productive all season long. To get some ideas, check out this post, 6 Summer Chores To Keep Your Cut Flower Garden Performing. 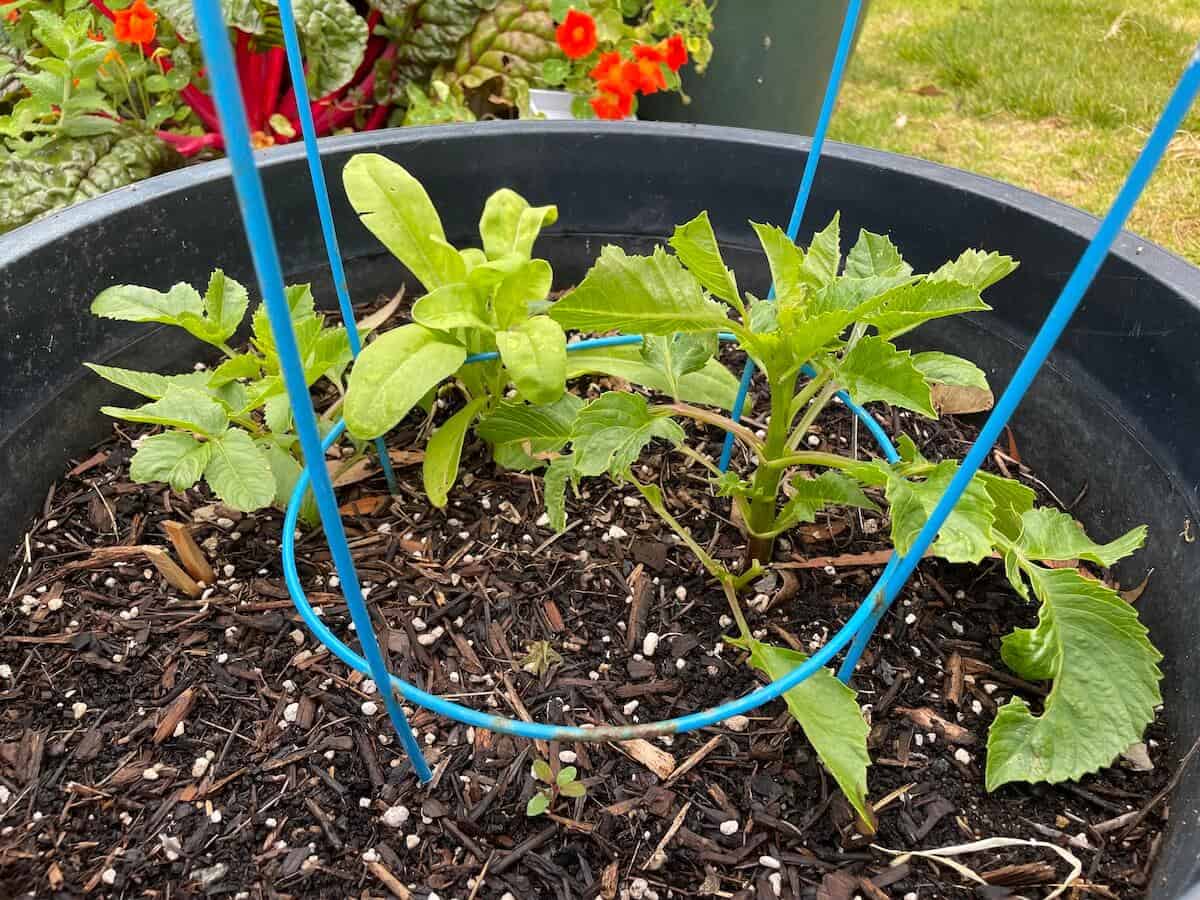 If you’re like me, you love to have a smattering of potted plants and garden space around your patio and yard, but you don’t love the weeds that come with them. Using pots and containers will help to keep the weed control chore to a minimum, but you still need to take some extra steps… 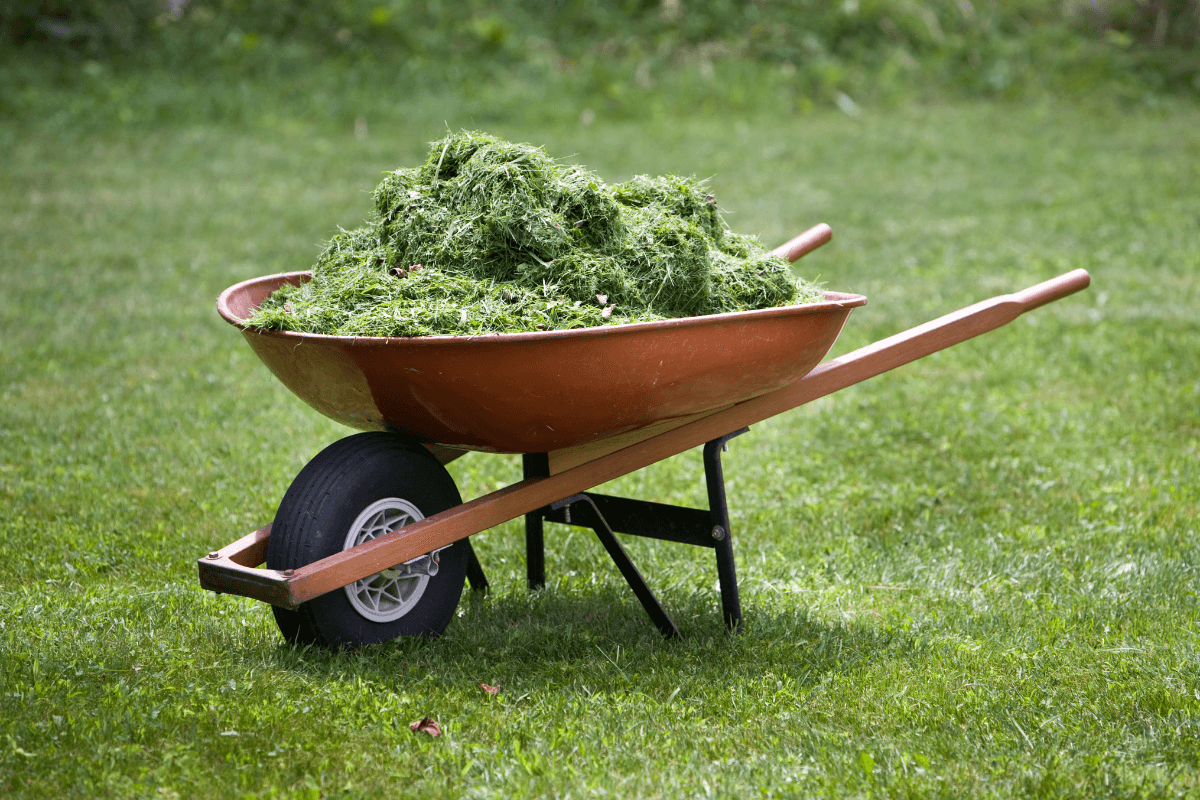 There was a time in my life when I would dump bags of grass clippings in the garbage each week, not knowing that I was depriving my whole garden of free, abundant, organic garden mulch. Grass clippings make excellent garden mulch. Dry the clippings first and limit the layer of mulch to less than two… 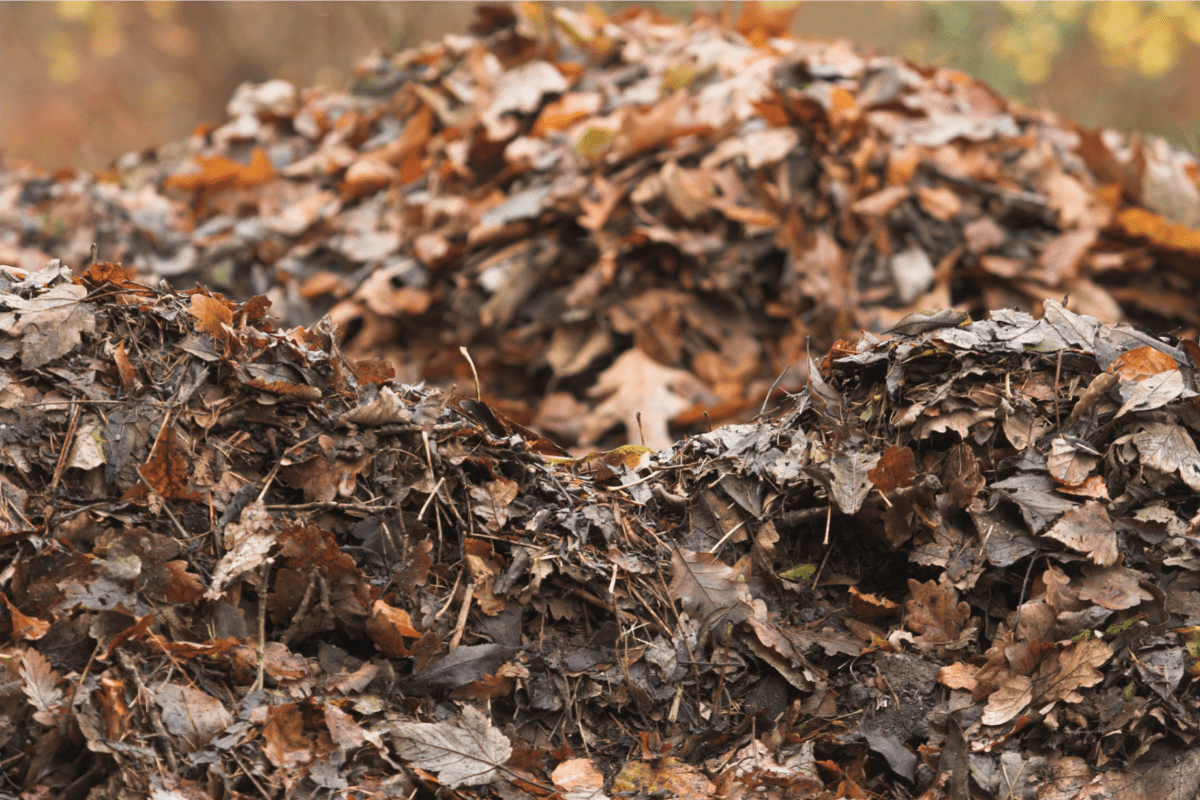 Leaves are a gift to the garden. They’re abundant in the fall, add rich organic matter to the soil, and are easy to get ahold of. Even if you don’t have a tree in your yard, you can still easily find a supply of them in your neighborhood. As mulch for your vegetable and flower… 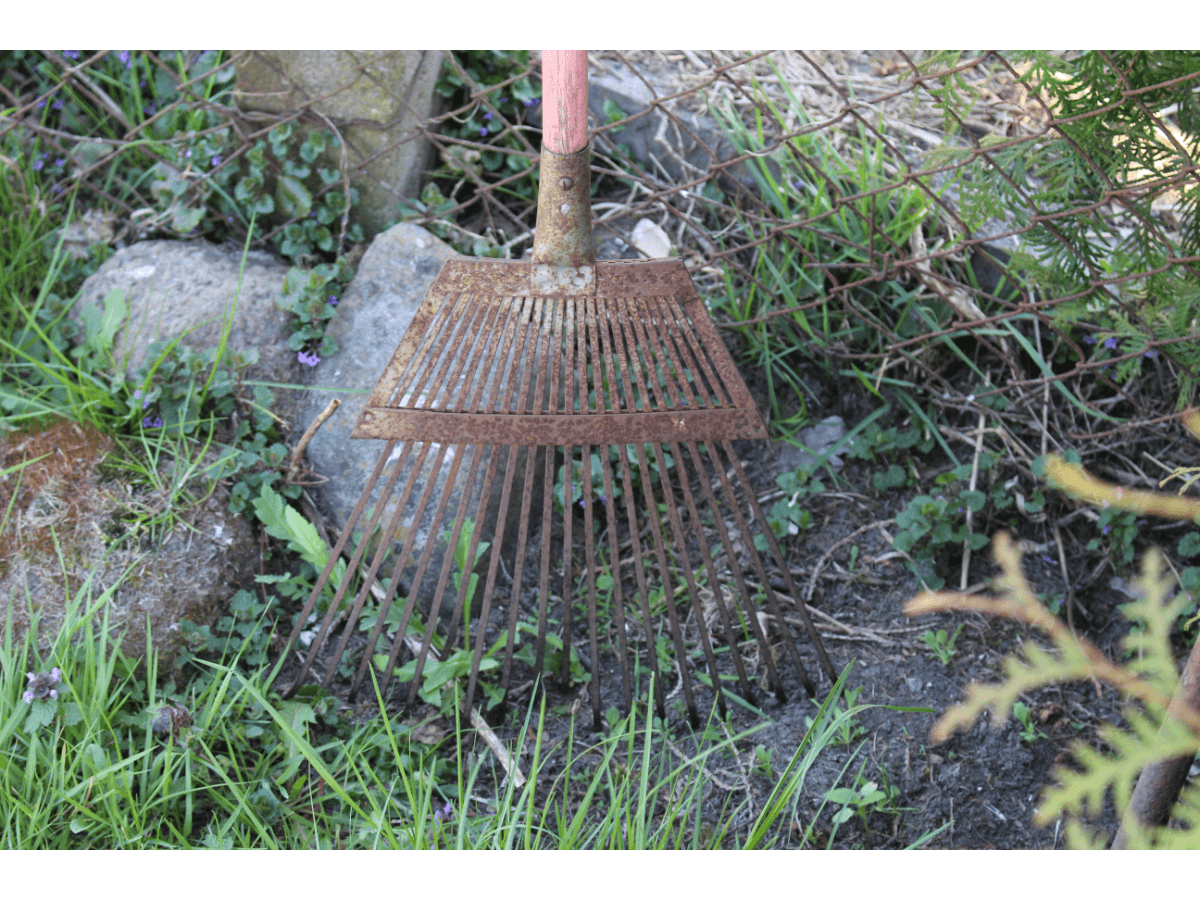 Despite your best efforts and big dreams of having a robust and fruitful garden, life happens, and the garden gets moved to the back burner. By the time you get back to it, months have passed, and your beautiful garden has now become a landscape of weeds. Or maybe you’ve moved into a new house… 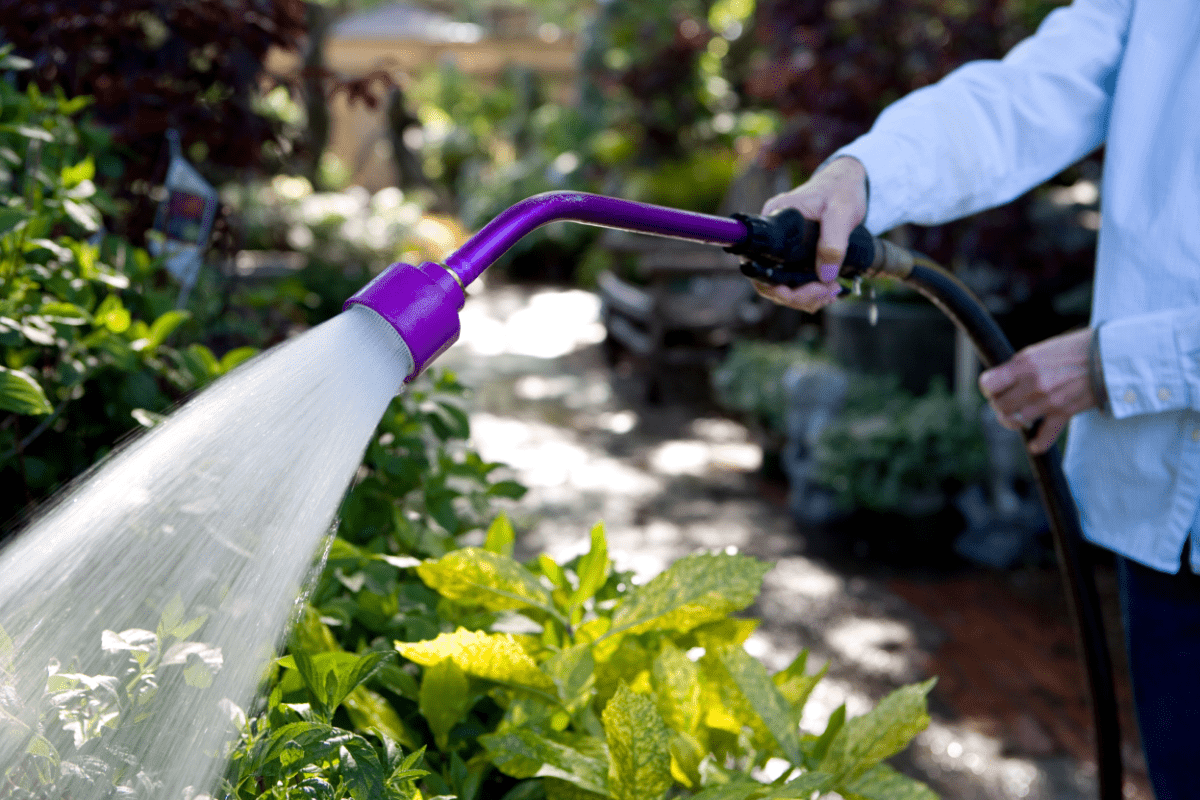 When I was just getting started with my first home garden, I automatically thought I would need to water my plants every day once summer hit in full force. When I looked out to my garden and saw drooping plants and leaves, it seemed like daily watering was the obvious answer. But as I came… 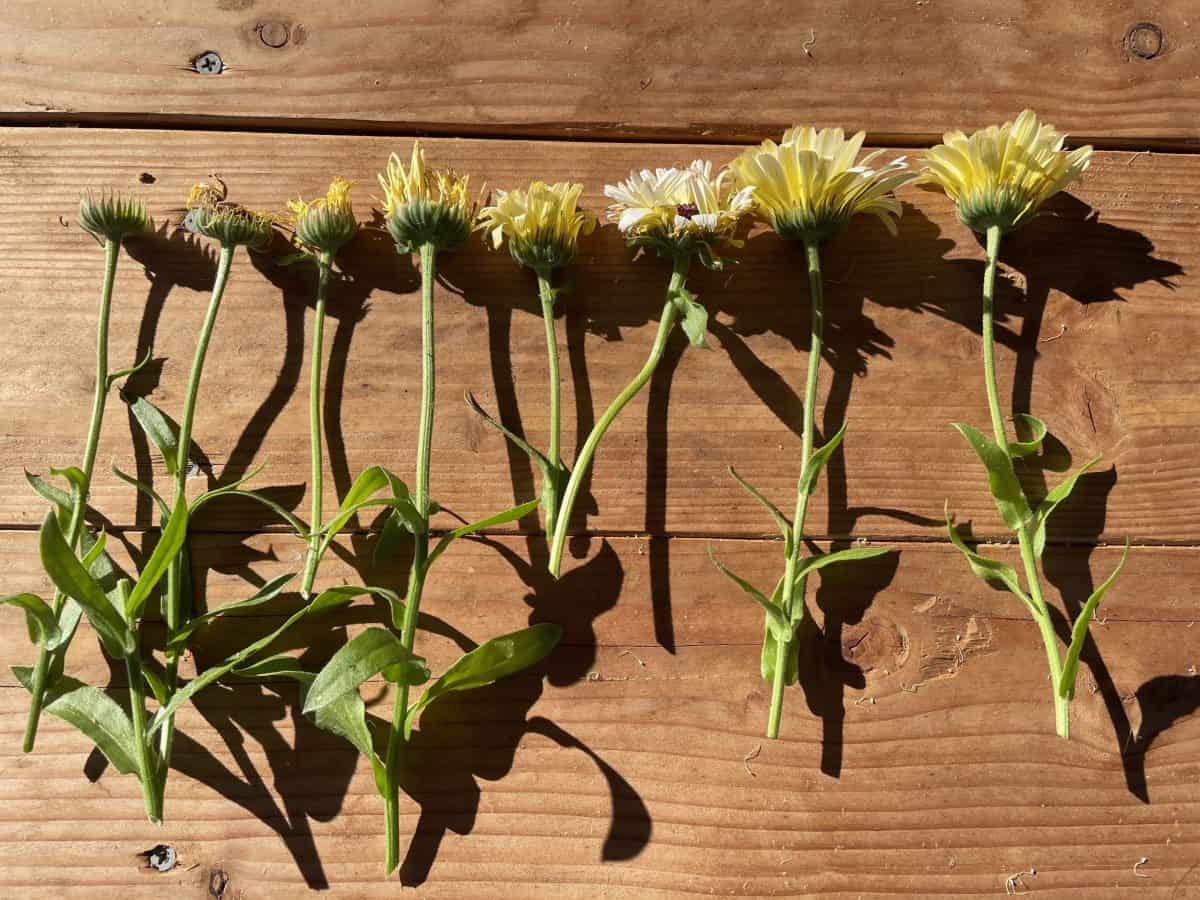 Deadheading flowers means removing the old bloom from the plant as they begin to fade. But in a cut flower garden, is this chore even on the list when you’re harvesting stems for bouquets and arrangements? Can it make a difference in your cut flower garden? Cut flowers benefit from being deadheaded, even with regular…