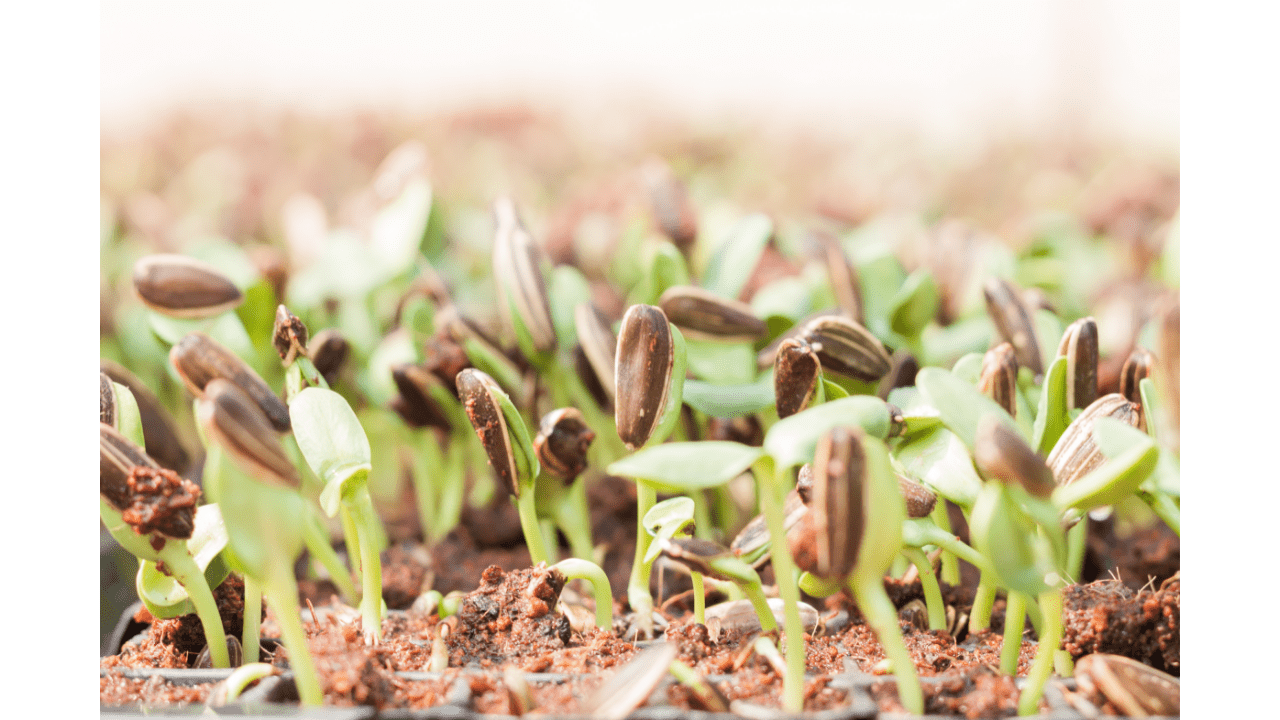 Do yourself a favor and avoid the hassle of overplanting seeds, which you’ll have to fix later. The easiest way to do this is to space the seeds correctly when planting.

But sometimes, you sneeze on a palmful of tiny snapdragon seeds, and they fly everywhere, or your kid bumps into your leg as you’re sowing into seed flats. Or maybe you’re a total rookie and didn’t know that you don’t need to plant the whole packet. It happens.

Not to worry, since there are a couple of fixes if you’ve planted too many seeds that will help you get back on track.

Planting too many seeds in one area can be solved by thinning or transplanting the sprouted seedlings to give them all enough space. If left too close together, the seedlings will compete for resources and won’t have enough room to grow into productive plants.

Have a look to decide which is the better method to give your seeds enough room to thrive and avoid growth issues.

Once all the seeds have sprouted, let them grow for a couple of weeks. You want to wait until the seedlings have two sets of leaves before attempting to transplant them.

When a seed sprouts, it initially opens up a set of cotyledons, which are what help the plant photosynthesize right from the beginning. As the seedling grows, it will produce a second set of leaves, known as the true leaves. This is the type of leaves the plant will continue to make for the rest of its life.

Once you see those true leaves emerge, the plant is strong enough to be moved but still small enough to easily untangle its roots and withstand the disruption.

Start by gently loosening the soil around the clump of seedlings. You can use a fork, your fingers, or even scoop out the cluster of seedlings altogether and loosen them all at the same time. The key is to handle the sprouts very gently. You don’t want to pinch the stem and risk breaking it or kinking it.

You can use the leaves to tug the seedling away gently, but they’re fragile enough that you might pull some off. It probably won’t recover if this happens, so mark that one for the compost bin. The same goes for any broken stems. It’s not worth replanting those seedlings since they won’t grow.

Move the individual seedling to its new home and set it in a small hole in the soil, gently bringing the soil over the roots to the stem. Plant it at the same depth as before, taking care not to bury the stem.

Water the seedling and give it a few days to recover before you start looking for any new growth.

Death: Thin the crowded seedlings by snipping out space

This method is more ruthless and pretty straightforward.

To thin the seedlings, grab a pair of scissors or small snips, and cut the stems of some seedlings to make room for the ones you leave behind. It depends on how close the seeds are to start with, but you want to end up with at least an inch or two between seedlings.

You will still need to provide more space between the plants, but it can wait until the seedlings are bigger and more likely to survive being transplanted.

If you aren’t interested in transplanting them once they’re bigger, then you can cut down all but one seedling every 6-9 inches, but you’ll waste a lot of seed with that method.

What happens if seeds are planted too close together?

If you don’t use one of the methods above to give your seedlings more space, you’ll quickly see that they begin to compete for resources such as light, water, and food.

Just as if too many people were packed into a room, they would start walking around trying to eke out more space for themselves. Without feet, we have to do the walking for the plant and give them more space.

Here are some of the potential pitfalls with seeds planted too close together:

If you want to learn more about avoiding overplanting and what to do with leftover seed packets, check out this post, Seed Packet Question: Do I Plant The Whole Thing? 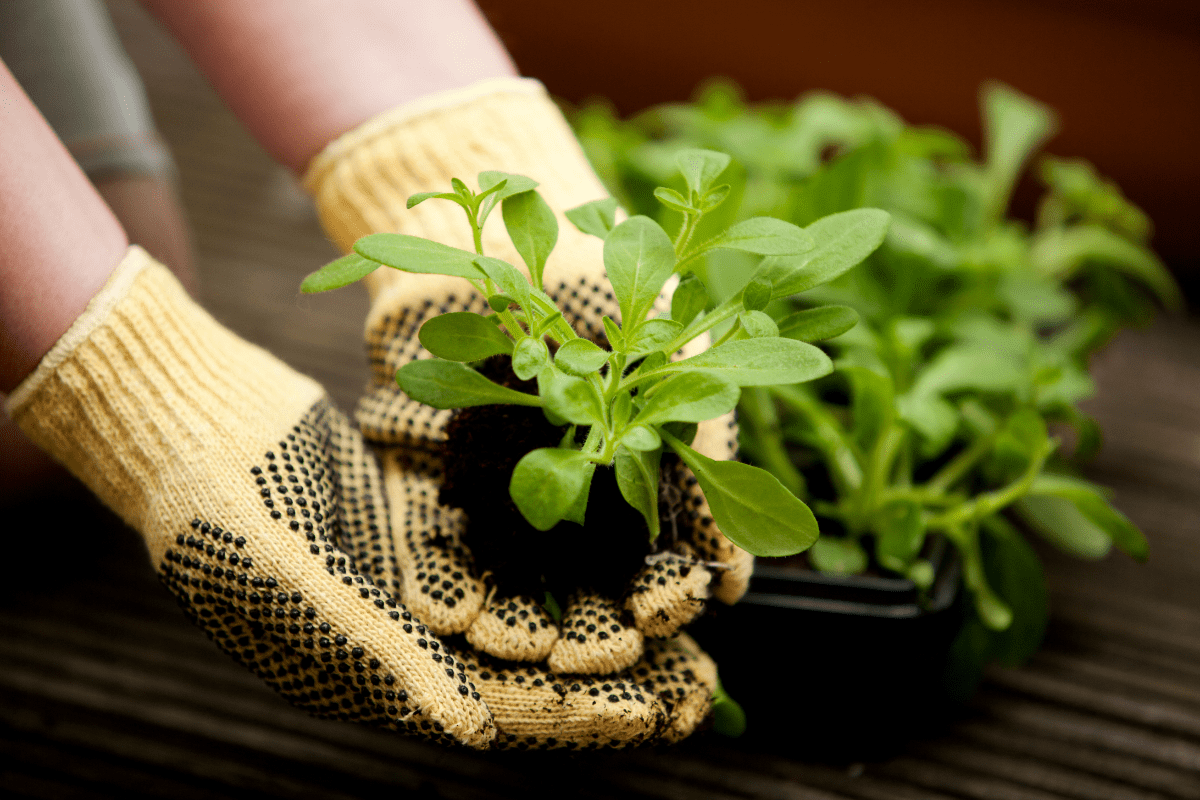 When you’re ready to plant your flower seedlings in the garden, it’s essential to do so correctly to avoid transplant shock.  Transplant shock is a condition that can occur in plants when they are moved from one place to another. This often happens when the plant isn’t prepared for the move, if the roots are… 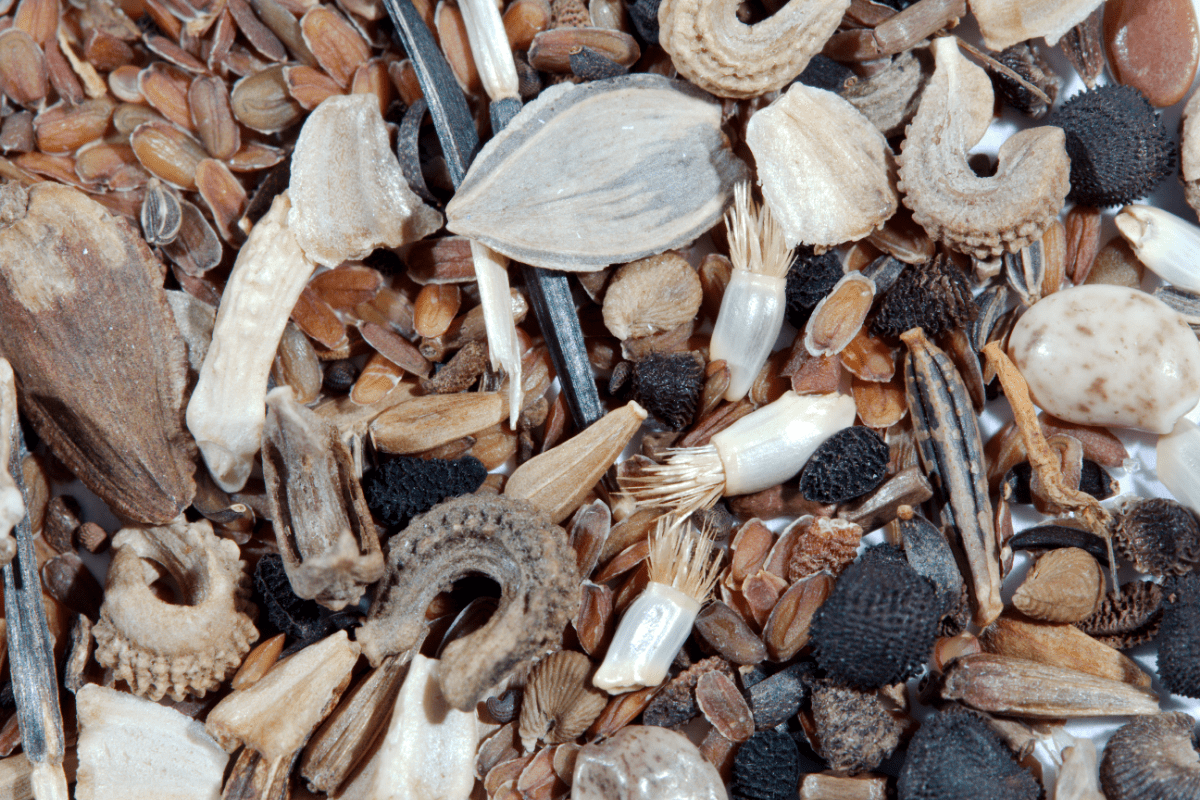 I’ve been gardening for more than 20 years, so I’ve tried my share of seed companies online. There are more seed companies than just about anyone can keep track of, but from that vast number, a solid handful stands out and earn my repeat business. These companies are also widely used by other flower gardeners… 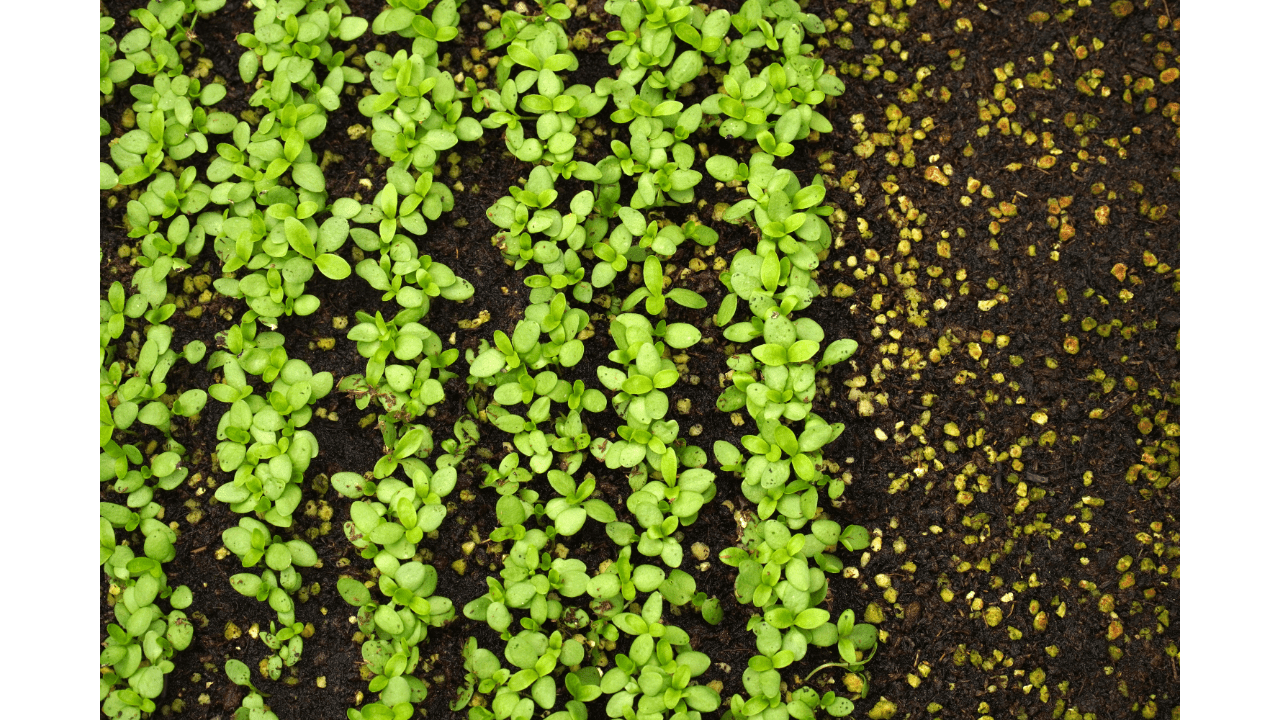 You raked your seedbed smooth and sowed it with seeds for your cut flower garden. You water it and wait, and a week later, the seedbed is covered in tiny green sprouts. But there are a lot more sprouts than there should be. And they don’t all look the same. Your seedbed has become a… 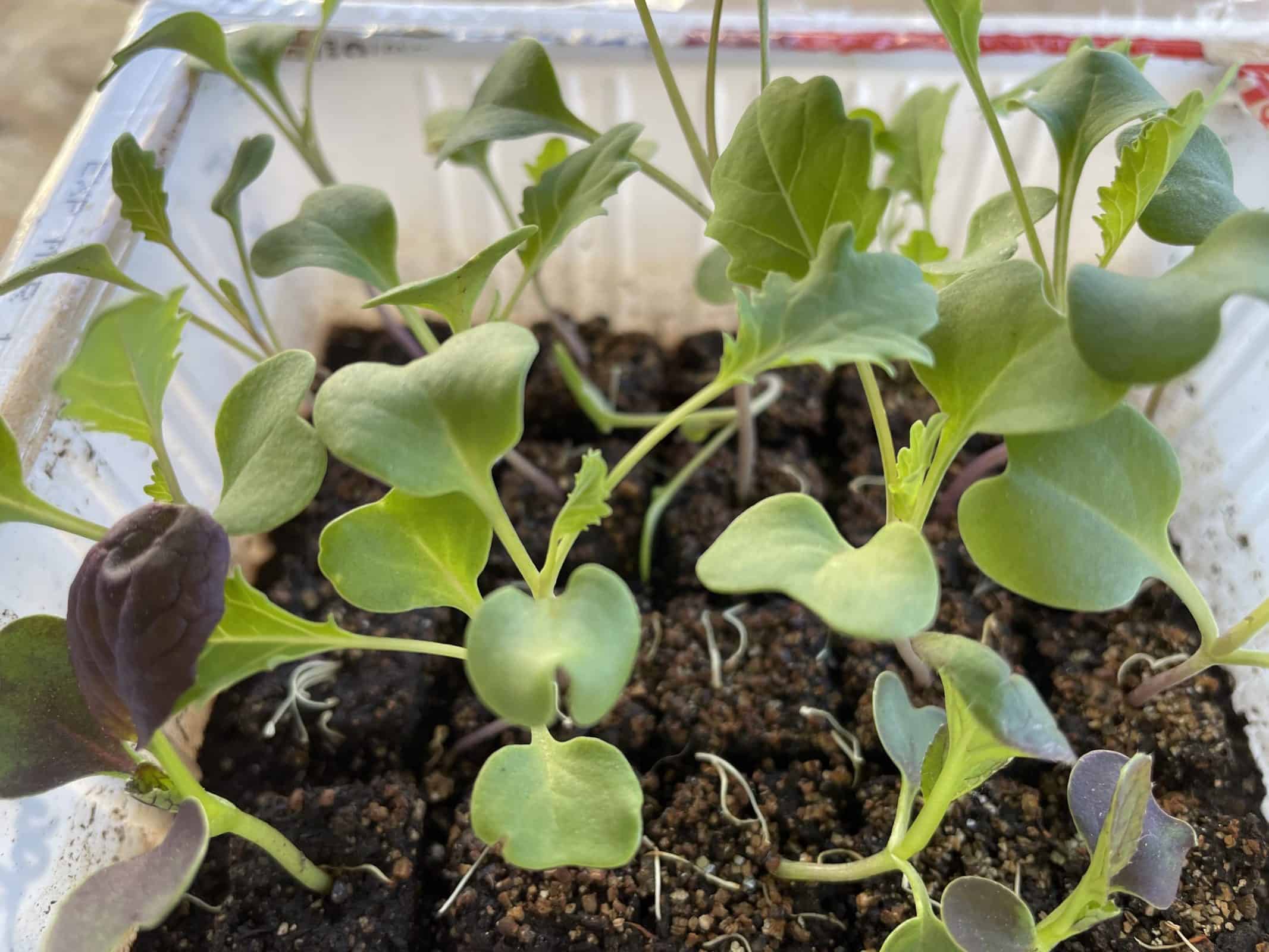 Starting seeds indoors is a great way to start gardening from the very beginning of the growing season, even when it’s still cold outside. However, it can seem like a daunting task if you’re new. In my experience, there are two main reasons why people avoid seed starting: Seed starting doesn’t seem very appealing –… 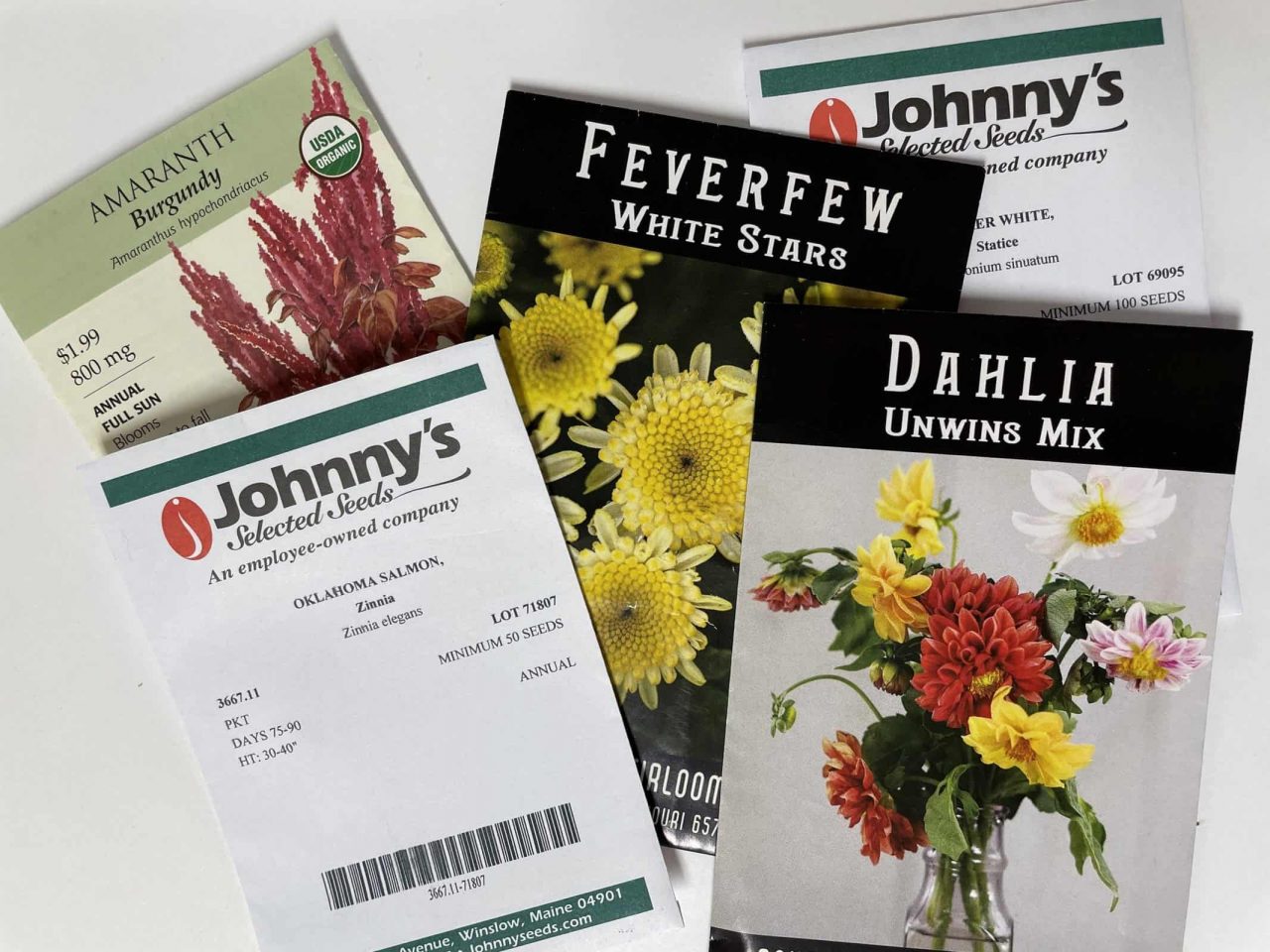 Having a handful of seed packets can produce both a satisfying rattle and big dreams of your future garden. It’s exciting to get outside and start sowing seeds, cramming all the seeds from the packet into one or two rows in your garden bed. But don’t get carried away, as those seed packets probably contain… 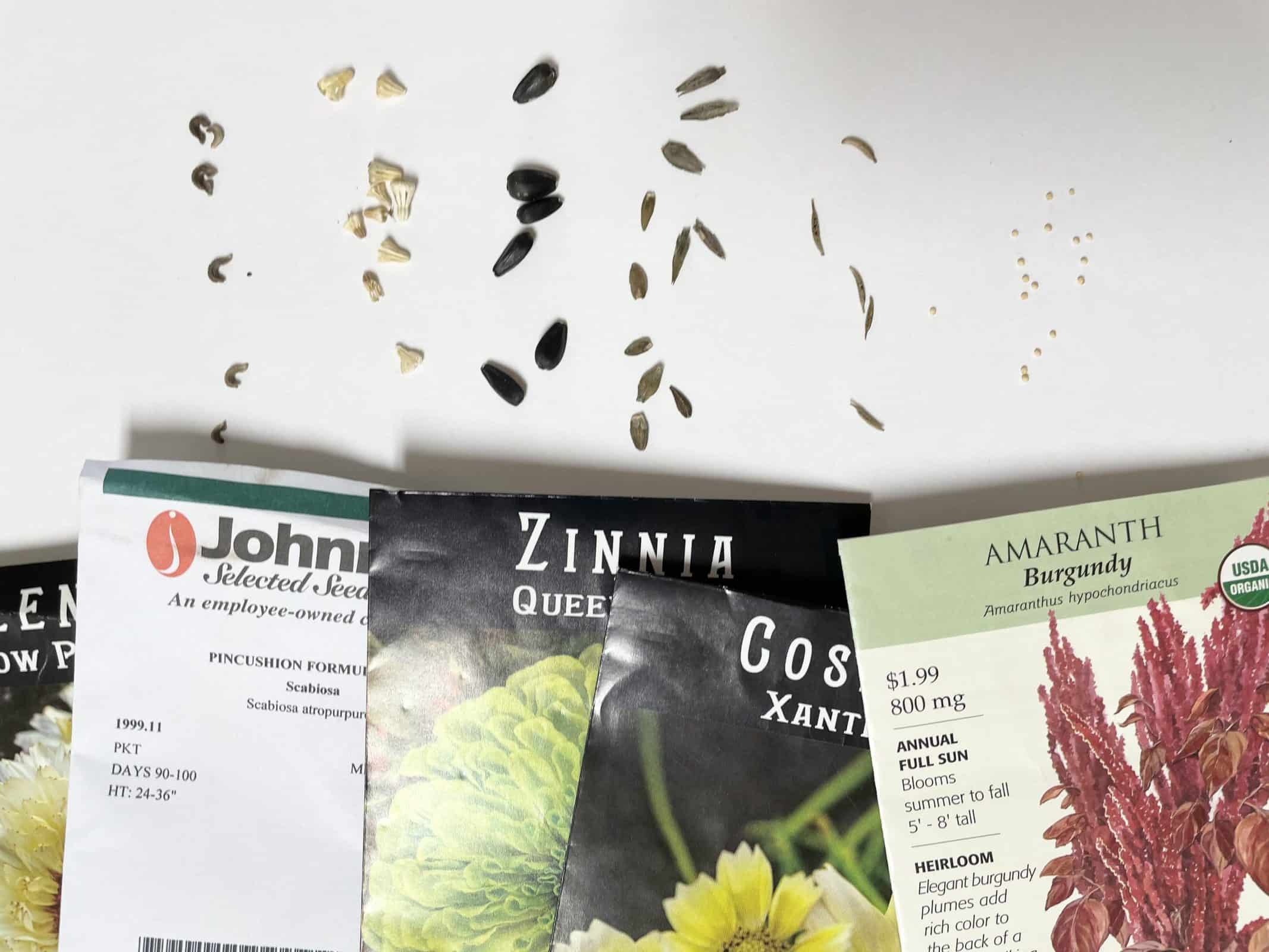 Even though it’s easy to go to the garden center and buy transplants, any cut flower gardener should try starting their flowers from seed. It’s so easy to do with many types of flowers, and there’s no comparison to the sheer volume of varieties you can try. Don’t be intimidated about starting your own seeds….