Not every spot in the garden receives the full sun that most flowers crave, which is disappointing when you’re flower seed list is a mile long. But on the bright side, many flowers, including black-eyed Susan, can still get by in partial sun and produce a solid showing of flowers during the summer.

If partial sun is all that’s available in your garden, then read on for some tips to make the most of your space. I also have a few ideas for alternatives or companions to black eyed Susan for the shadier gardens.

Plus, get even more growing information in this article: Black Eyed Susan: A Complete Guide To Growing.

Can black-eyed Susan grow in shade?

Black-eyed Susan will grow in partial shade and perform well, even though it prefers to grow in full sun. To help black-eyed Susan reach its full potential in partial sun, make sure to keep the area weeded to reduce competition for light and be careful not to overwater.

Perennial varieties may thrive better in areas of partial sun because they have the opportunity to adapt over the seasons, instead of starting with a fresh plant each spring. Goldsturm is one of the more popular perennial varieties, and it’s winter-hardy down to zone 4.

Rudbeckia triloba, also known as brown-eyed Susan, is another great choice for partial sun. This variety grows in a large bush that gets covered in flowers once summer hits. It’s a more adaptable variety, one you often see growing in less-than-ideal conditions such as ditches, cracks in old cement, or under trees.

It’s a short-lived perennial that lasts 2-3 years, so to keep it coming back year after year, let some flowers go to seed at the end of the season.

Speaking of seeds, try starting seeds where you intend to grow them, instead of buying nursery plants or starting seeds inside. They may perform better in areas of partial sun, since they germinated in the conditions they’ll live in, and they’ll have an easier transition.

For tips on starting black-eyed Susan from seed, check out this article and get all the important steps: Growing Black-Eyed Susan From Seed: Q&A and How To Start.

Even though partial shade isn’t ideal for your flowers, these tips will help you make the best out of your shady garden and get see your flowers healthy and blooming.

If you have black-eyed Susan growing in an area where they receive less than full sun, then do them a favor and keep the competition to a minimum by removing weeds.

Weeds in any flower bed, full sun or partial sun, will compete with your garden flowers for all resources, including light. As all the plants grow, it will be a race to grow the tallest and the fastest so that the winning plant can stand above the others and reach the sunlight.

As we all know, weeds grow very quickly, so they could grow faster than your black-eyed Susans and create a canopy over those seedlings or plants. When black-eyed Susans have to deal with partial sun already and then have weeds towering over them, blocking out even more light, you’re setting your flowers up for failure.

Black-eyed Susan is a very tolerant plant, but one area where it’s picky is moisture. As a native plant of prairies and plains, black-eyed Susans have adapted to grow in hot and dry conditions. They prefer soil that is well-draining and will suffer if planted in soil that is consistently wet.

In fact, black-eyed Susan is susceptible to root rot if left to grow in overwatered soil, especially if grown in containers. If the only space you have for black-eyed Susans in your garden is a location that only gets partial sun, then pay particular attention to the moisture of the soil. The last thing you’d want to do is mix a minimum amount of sunlight with soggy soil.

A cousin to black-eyed Susan, Shasta daisies have very similar growing conditions. They do prefer full sun, but can grow well in partial sun. They form clumps of plants that spread as years go on, producing tall stems of white-petaled flowers. You can sow seeds in the fall where they’ll grow large enough to overwinter, then resume growth in the spring.

Another cousin to black-eyed Susan, marguerite daisies aren’t as well known but are a great companion with black-eyed Susan. They come in shades of white, pink, and yellow, and they grow into small bushes of flowers. Marguerite daisies are a tender perennial, so they’ll survive from year to year in mild climates. In colder environments, you’ll have to replant each spring.

Not a daisy, but with a similar look, calendula is a great alternative to black-eyed Susan. This annual is incredibly easy to start from seed, and will grow quickly to produce blooms in just a couple of months. The disk-shaped flowers are found in shades of yellow, orange, and bronze, and the plant will keep producing even after the first frost of fall.

As mentioned above, give rudbeckia triloba a try in partial sun. You’ll probably find it to be an adaptable plant that will put on a show all summer and return in the spring.

For more companion ideas, browse this article, Companion Plants For Black Eyed Susan: Garden and Bouquet for some of my favorites. 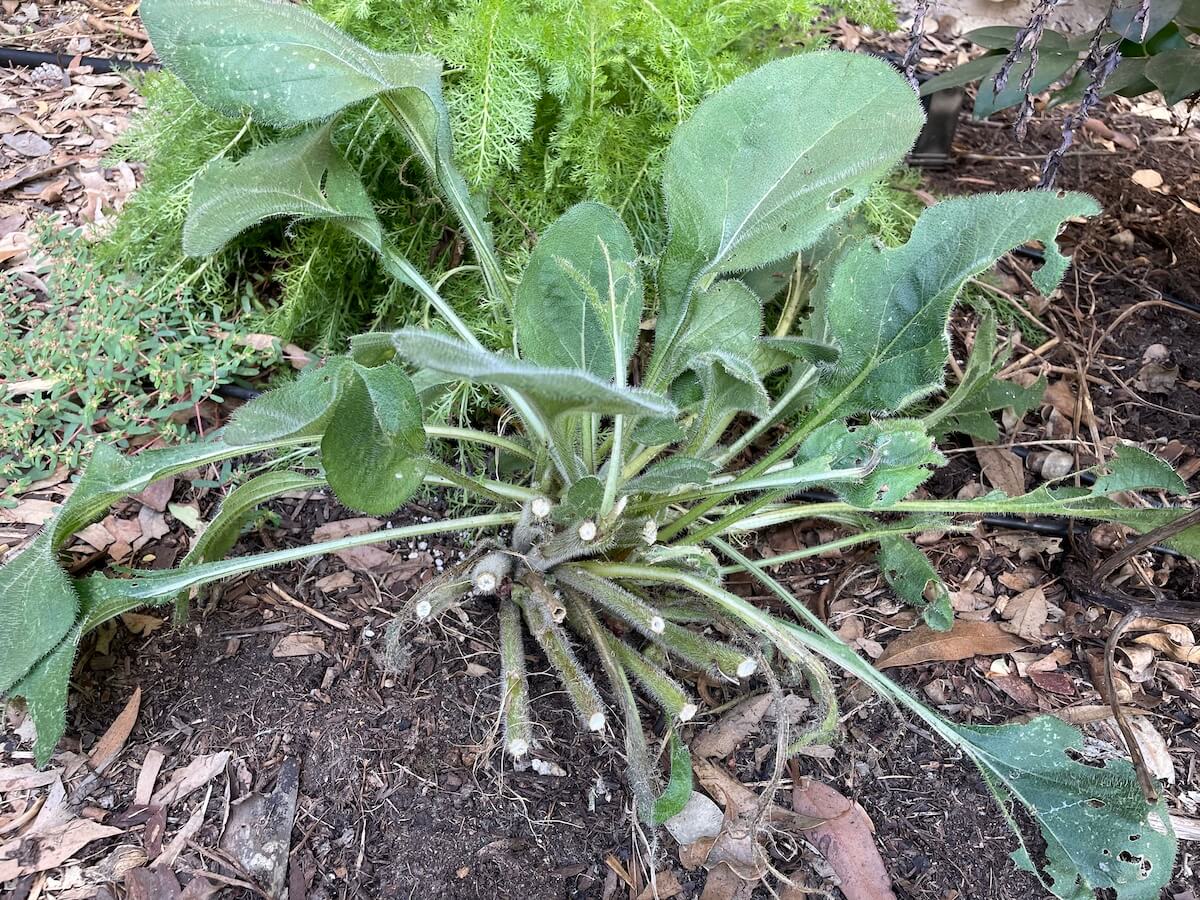 If you’re planning out your flower bed for the year and you will include black-eyed Susan, you’ll no doubt be able to find one that grows to the right height for the spot you’ve picked out. From short varieties that barely reach one foot tall to towering six-foot shrubs, black-eyed Susan grows to various heights…

Black-eyed Susan flowers, also known as rudbeckia, are a thankfully easy plant to grow. Beyond some confusion over the name and a vulnerability to slugs and snails, the daisy-like flower doesn’t require much fuss. Black-eyed Susans are a great candidate for any garden, and anyone who needs a bouquet for the house won’t go wrong…

When I started growing black-eyed Susan in my garden, I often saw it referred to by other names in my seed catalogs. The same happened in the index of a gardening book or photo captions: I was often redirected to look up Rudbeckia, brown-eyed Susan, or even cornflower. This led me to do some research on…